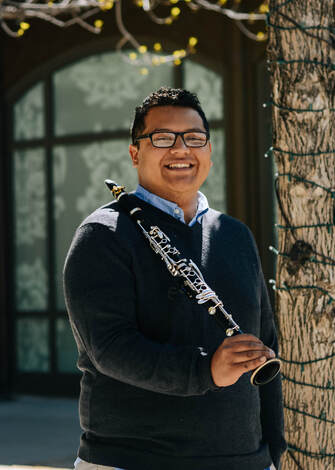 Mr. Hernandez graduated with a Bachelors of Arts in Music Education from The University of Utah. During his time at the University of Utah Mr. Hernandez has been invited to teach at the Summer Music Festival held by South Shore Conservatory in Hingham, Massachusetts in past summer months where he rehearsed chamber groups, large ensembles, jazz bands and attended music educator master classes. He has also attended the Utah Music Educators Association Conference held in St. George, Utah every year during his career.

Mr. Hernandez is also an active performer in the state of Utah. During his studies at The University of Utah, he performed with both the Wind Ensemble, where he was involved in the world premiere of David Maslanka’s Symphony No. 10, and he also played with the Philharmonia Orchestra. He participated in a semi-professional clarinet quartet called the Reedbox Clarinet Quartet which performed in the Utah Clarinet Festival and specialized in Latin American music. Mr. Hernandez has also been a part of recording sessions for marching band music. He has also played with other groups such as the Draper Philharmonic and choral society, Murray Symphony, and Salt Lake Symphony 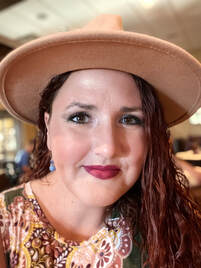 Bethany Maxfield is the Director of Bands at Mountain Creek Middle School. This is Ms. Maxfield’s eleventh year teaching, and first year at MCMS.
Ms. Maxfield began working with WJHS Marching Band in 2019 and fell in love with the art/sport of Marching Band. She is excited to be working with the amazing students of Herriman High.
​ 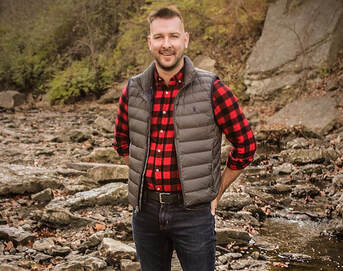 Brian Penny is a native of the Kansas City area with teaching experiences from across the country.  Mr. Penny attended Missouri State University in Springfield, MO and was member and captain of the Pride Marching Band Color Guard, National Avenue Winter and Pride of Missouri State. Being a member of the band and guard organization allowed him to march in the Rose Bowl Parade, London New Years Day parade, WGI World Championship Finals, and other performances throughout the country. Mr. Penny was also a finalist with the Spirit Drum & Bugle Corps in 2003.


Mr. Penny has a vast teaching background with many successes both indoor and outdoor including multiple WGI World Championship finalists, BOA Super Regional Finalists and numerous other band competition champions. Mr. Penny was at Liberty High School for the past 4 years where the color guard program was a Scholastic A World Championship Finalist, WGI Regional Champion and MCCGA State Champion. Mr. Penny also helped develop & run the middle school winter guard which won a medal two out of the three years in existence. Mr. Penny also consults and designs with numerous programs throughout the country providing design and choreography for groups of all skill levels.